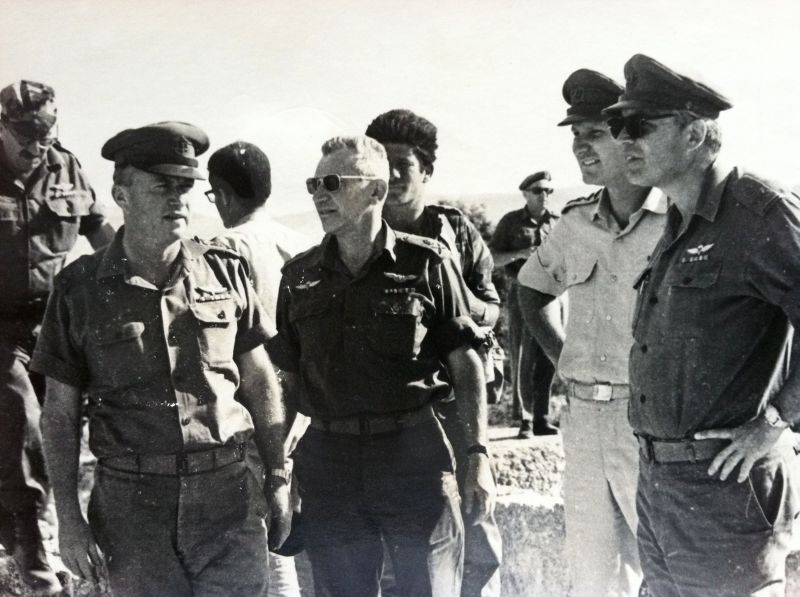 “I share Miko Peled’s dream of peace in the Middle East. But his article brought the expression ‘Monday morning quarterback’ to mind. When Hitler was poised to enter the Sudetenland and no one stopped him, we all know what happened next.

“It is naive to argue 45 years after the fact that Egyptian President Gamal Abdel Nasser was not able to launch a full-scale war against Israel in 1967. The U.N. peacekeepers who fled at Nasser’s demand didn’t think so. Israel’s preemptive strike was the needed sign of strength.

“The proof came when later in 1967 the Arab League rejected Israel’s offer to withdraw from all captured territories in exchange for peace. The ‘three no’s’ — no peace, no recognition and no negotiations — should have dispelled all doubts about enduring Arab hatred.”

The 1967 Israeli war was one of choice and conquest and not one of defense against an existential threat. The myth of the existential threat notwithstanding, Israel Defense Forces generals saw an opportunity to assert Israeli might against an ill-prepared Egyptian army, and as the generals anticipated, the destruction of the Egyptian forces was swift and relatively easy. This allowed them to then “finish the job” and take the West Bank and the Golan Heights, two regions that Israel had coveted for many years.

Even Menachem Begin, who was a member of the 1967 Cabinet and later prime minister, asserted: “Egyptian army concentrations in the Sinai approaches did not prove that Nasser was really about to attack us. We must be honest with ourselves. We decided to attack him.”

The IDF knowingly decided to perpetuate the notion of an existential threat. This scare tactic was helpful in applying public pressure against a hesitant government reluctant to give the green light for a preemptive strike against Egypt.

Once the conquest of the West Bank was complete, forced expulsions of Palestinians and the settlement of Jews were almost immediate. Billions of dollars were invested in the West Bank and East Jerusalem to settle Jews there in contravention of international law. Palestinians are not allowed to live in Jewish-only settlement towns, access significant portions of Palestinian agricultural lands, drive highways reserved for settlers or attend segregated schools that Israel built in the West Bank. Palestinians receive only a fraction of the water allocated to Israelis, and they endure discriminatory laws.

Public perception of the conflict is rapidly changing. Increasingly, observers recognize that Israel’s peace plan consists of “three no’s”: no compromising on East Jerusalem, no compromising on the Jordan River Valley and no dismantling the main settlement blocs. In other words: no two-state solution.

Claims are made that a “one-state solution” is impossible, but Israel has created a one-state reality in which nearly half the population is Palestinian. One cannot seriously speak of peace without speaking of the necessity to transform Israel into a binational democracy from the current binational apartheid reality.